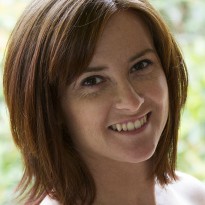 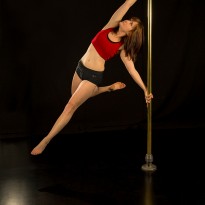 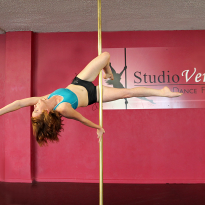 Kim has always enjoyed trying different forms of dance as she started jazz and tap classes from three years old, with a little bit of Rockabilly and line-dancing thrown in there as well. This provided Kim the opportunity to perform in annual concerts, local parades and award ceremonies. Kim stopped regular dance classes when she moved away from her hometown for university, and gym classes and running became Kim's main form of exercise. In 2006, Kim took a four week pole course that Studio Verve offered through the gym, before joining the studio in 2007. Moving overseas and work commitments meant that Kim stopped pole dancing, but she always imagined coming back to it one day.

A Christmas gift of a Studio Verve gift voucher meant that Kim re-started at Studio Verve in 2012 and she hasn't looked back since. Kim finally braved the stage at the Studio Verve’s Open Night in August with some fellow lyrical students, and is looking forward to doing so again in Polarity. Aside from the excitement of the show in general, Kim is enjoying the challenge of dancing in a lyrical style that is not her strength, and the additional challenges and rewards of an intertwined group piece.