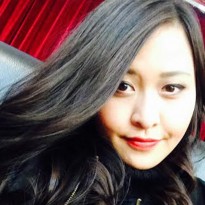 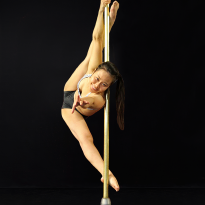 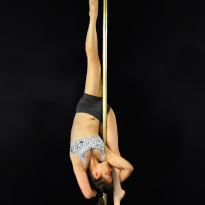 From the age of 8, Sally Huang has enjoyed exploring different dance styles, from ballroom to Chinese folk. Due to other commitments, Sally had to put her passion for dance on hold until two years ago, at the age of 27, when she was introduced to the world of pole dance by her fitness instructor. She feels that she has commenced a new journey as she learns and discovers herself through this art form.

As she is still very passionate about all things dance, Sally continues to study and practice a variety of dance styles such as flamenco, hip hop and belly dance. She has extended herself to other aerial disciplines and has recently started practicing aerial silk and contortion.

2015 was the year Sally decided to take her skills to the competitive stage and made it through as a finalist in this year's Vertica Pole Dance Competition. In addition to this, Sally has performed for the Black Swan Chinese Dance Company (Chinese New Year Parades) in 2010 and 2011, a solo performance at Achieve Physique’s third year anniversary and also took part in a Flamenco group performance at the Black Tie Ball for Latin Junction and Altitude.