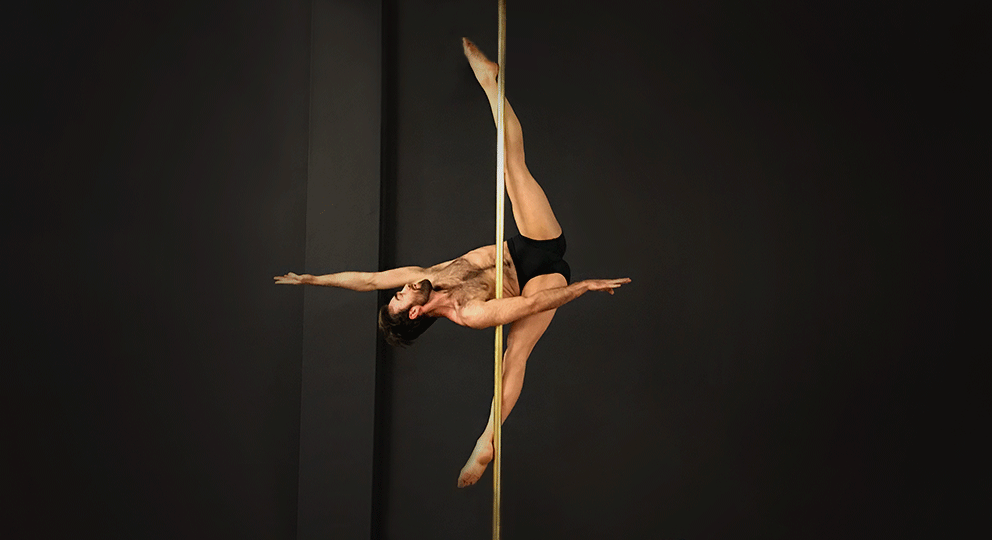 Jacob began dancing when he was 16, initially taking hip hop classes, and was coaxed into taking a ballet class, which naturally became his new hobby. After graduating high school, he attained a scholarship to a film school in Los Angeles where he spent 3.5 years studying and working in film and theatre (and having a good time dancing on the side too, of course).
Upon returning to Australia, he re-focussed his energies into the dance world, deciding to pursue a career as a professional dancer. He began studying full time at a contemporary-based school in NSW, spending all of his time taking the ballet classes offered, before transitioning into a full time ballet school. Eventually, coming to the decision that classical ballet was not the career for him, he stopped dancing completely.
Within a couple of years he began dancing again for fun, fitness, health, and for the pure love of dance. It was here that a close friend introduced him to Pole, and his passion and love for the physical art form quickly became an obsession.
With approximately 10 years of dance experience, Jacob is completely over the moon to join the Pole Athletica Team of Instructors and have the opportunity to share his love of PoleFit, and inspire others to be the best they can be.
'