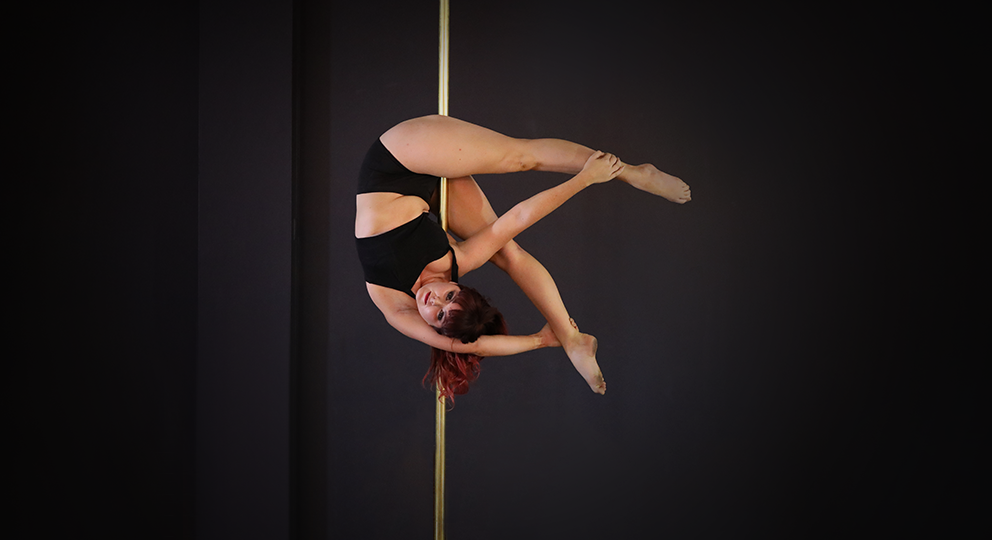 ​Kiah has been a dancer and performer all her life, beginning with her first ballet, jazz and tap classes at the age of 3. Since then she has dabbled in an incredibly diverse array of dance styles, from the aforementioned to salsa, swing and cheerleading, as well as competing at a national level as an ice dancer for 5 years, which is where she honed much of her discipline and poise as a dancer.

She discovered Pole Athletica at an Event Cinemas Halloween event in 2012 and waited almost a year to finally have the courage to sign up for an Intro class. What she loves most about pole is the creativity and freedom it presents, as well as her ever growing strength and confidence, and willingness to challenge herself in ways that she never would have considered with other styles of dance. Being able to further extend her love of contemporary and lyrical dance through pole is just an added bonus!

Since beginning her pole journey, Kiah has performed at countless studio Open Nights both in a solo capacity and in many group lyrical numbers. Kiah was also fortunate enough to perform solos and group routines at the Factory Theatre for Polarity (2015) and Pole Evolution Dance Company’s Unbound in 2016. Her love of performing and being on a stage means she looks forward to as many performance opportunities as possible in the future.

Kiah loves teaching and fostering a love of pole in her students. One of her most enjoyable moments as an instructor is that point in every term where her students come to the realisation of their own developing strength and confidence not just in their skills on the pole but also in themselves. To Kiah, this is one of the most rewarding inspirations that being an instructor at Pole Athletica can offer.