First Runner Up! Our Very Own Jennifer Grace 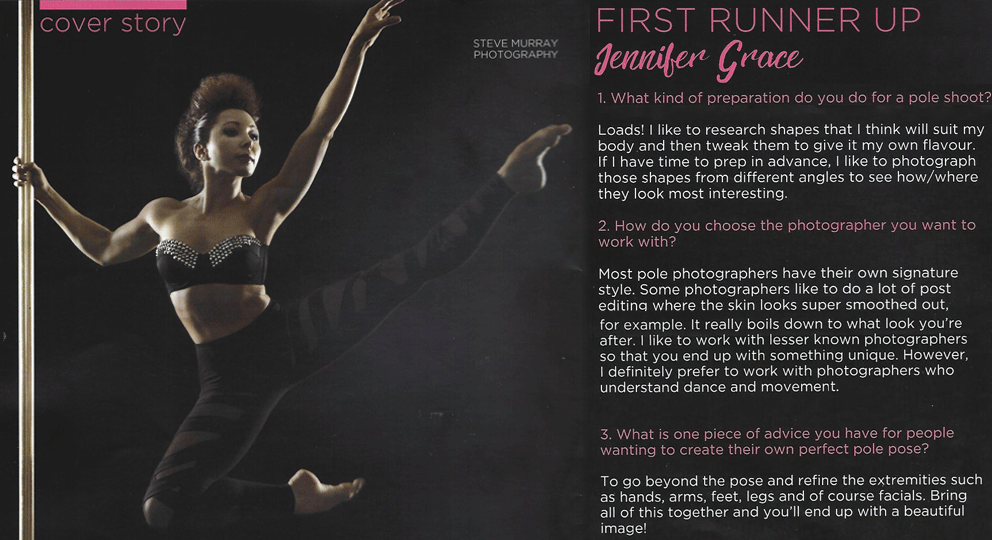 In August the Australian Pole Dancers Magazine (APDM) put a call out for their readers to submit their most impressive pole shot for a chance to feature in the APDM Spring edition.

It was then handed over to the Australian public to have their say and cast a vote for their favourite submission. And boy did we!

After receiving an overwhelming 4,000 votes APDM decided to award not just 1, but 3 People's Choice Awards to the top 3 placing entrants! And guess who was among the winners!! That's right, our very own Jennifer Grace - Studio Owner & PA Director Extraordinaire!!!

With a striking image highlighting the dynamic artistry and athleticism that both she and the studio are known for, Jenn placed First Runner Up for People's Choice! Australia has spoken Jenn, and you are one of their FAVES!