In it's second year, we recently we hosted our annual in-house PoleFit Championships. Seven competitors took to the stage to battle it out in a night filled with pole, dance and inspirational performances.  After claiming the title of 2018 PoleFit Champion in the Intermediate division, we caught up with Mandy to find out a bit more about her pre-comp prep, why she loves pole dance so much and and get some inspirational advice she has for anyone thinking about competing. 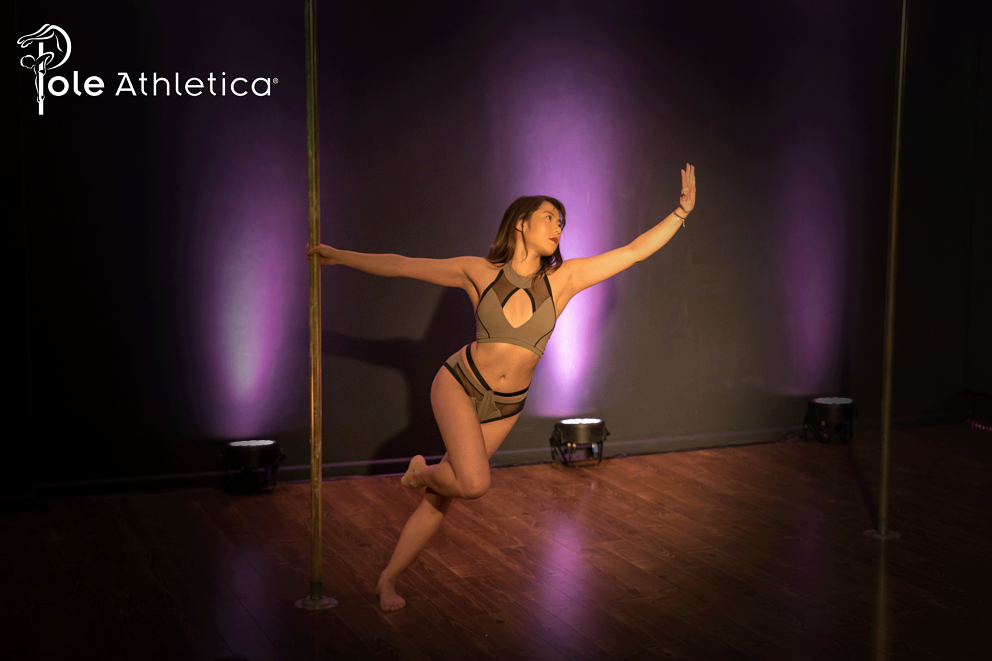 What made you start pole dance classes?

It was a spontaneous decision that I made when I was going through a tough time. I wanted to find something that would make me feel confident inside and out. I’ve always loved dancing growing up but never pursued it. I knew a friend who went to Pole Athletica so I decided to try it out- and I’m so glad I did. Pole dancing has become a big part of my lifestyle and something that all my friends know me for now.

What do you love about pole dancing the most?

I love that I am able to express myself in different ways through pole dancing, whether you want to be sexy, graceful or powerful.  It’s a fun way to keep my body toned and strong over time.

After I decided to compete, I binge watched a lot of pole dancers on Instagram and YouTube to gain inspiration for my routine. I made sure I did lot of practice to piece together different combos and listened to my song until I knew every beat and word!

What inspired you to compete in the PoleFit Championships?

I really wanted to give it a go after seeing all the competitors from last year’s PoleFit Championship. I was so inspired by Kevin, who competed and won the intermediate division in last year’s PoleFit Championships. His musicality was beautiful, so I wanted to give it a try. And to say that I competed in my first ever Pole Dance Competition is a pretty cool personal fun fact! 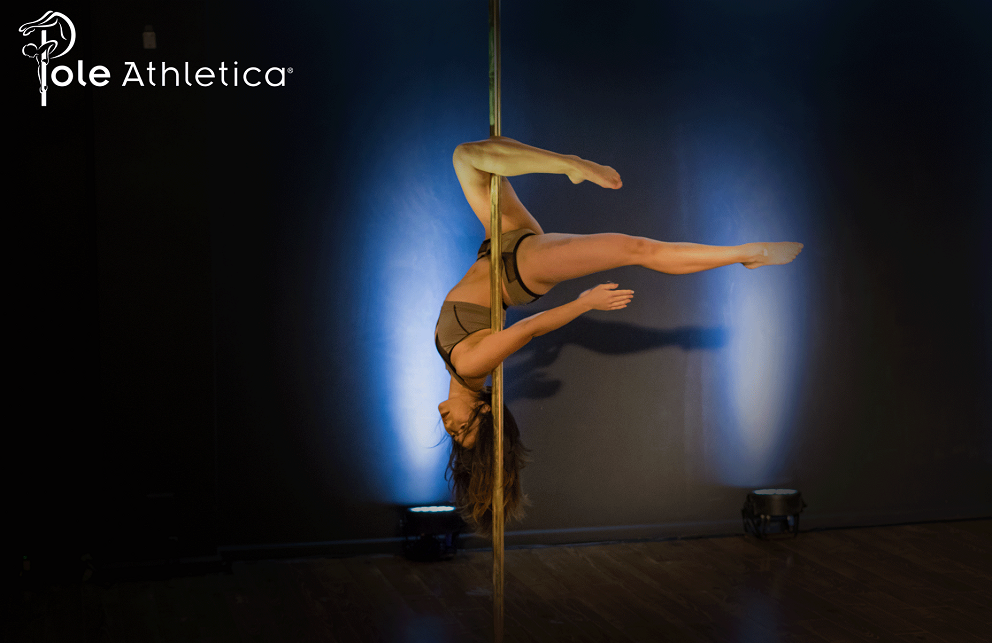 Did you make any changes to your training, diet or fitness regime leading up to the PoleFit Championships?

Practice, practice and more practice. I made sure I trained at least 3 times a week to polish combos and physically build my strength leading up to the competition. For my diet, I increased my protein intake and ate more regularly in smaller proportions to make sure my body was getting enough energy. I cut out all sweets (I have a massive sweet tooth) and drank heaps of water. It was a big change to my overall fitness routine and I definitely saw my body change over time.

What kind of challenges did you face in your training leading up to the PoleFit Championships?

Training was physically and emotionally exhausting. There were days when I didn’t want to go to practice or I wasn’t motivated to continue because I couldn’t do a certain move that I wanted to do. But it’s all part of the journey!

It’s definitely a mental challenge- you need to be able to discipline yourself to keep going to practice and keep a routine in place. I bonded with other pole buddies who were also competing so they became my support network and kept each other accountable.

I also experience pretty bad motion sickness, so that was something that I needed to overcome. So I took travel sickness pills before every practice session to make sure I wasn’t getting myself sick every time.

What was the inspiration/motivation behind your routine?

I was inspired by Kevin’s routine. I loved his musicality and wanted to do the same. Coming up with my routine, the beats to the song I chose really helped and I took parts of routines I’ve learned in the past from the-one-and-only Shea. I fell in love with my song and immediately saw myself dancing to the beats and went from there! I had set myself a goal to perform combos earlier on in the year, and thought the competition would be a great opportunity to do so.

How did you feel winning the PoleFit Championships in your division?

I felt very grateful and shocked- I decided to compete purely to just give it a go and to see how far I could push myself to perform pole combos. It felt extremely rewarding after training so hard for the competition to see it pay off, and to see all my instructors who have taught me to be so supportive. I’m still pinching myself today. 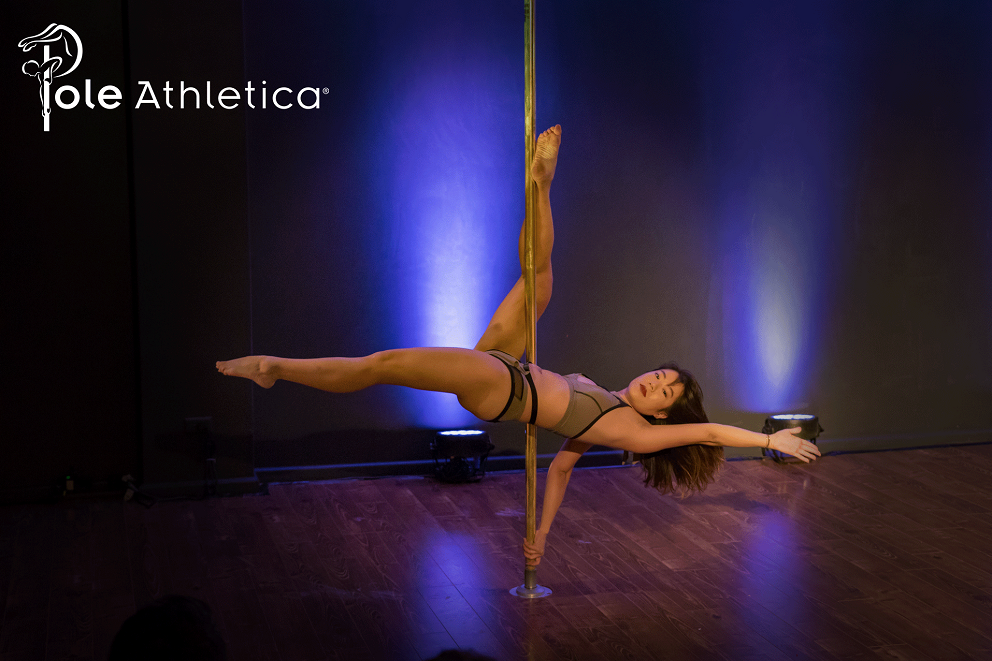 Do you see yourself competing or performing again in the future?

Definitely! I think it’s made me a lot more confident to just get out there and compete in the future. Yes- it’s a lot of work! Training can be tough, but performing is what I’m passionate about so I would definitely consider getting back up there.

What is your next goal for pole?

Being more flexible – now that I’m more confident in performing combos on stage, I want to become more flexible to master certain moves. So more stretch classes for me!

What would you say to anyone thinking of competing in the next PoleFit Championships?

The hardest step is actually just starting- saying yes to competing is already a win in itself. If you think you are not ‘good enough’ or not ready to compete- tell that voice to shut up! You always have to start somewhere. It’s definitely scary to get up in front of an audience, but to also perform your own routine can be quite daunting. But when you actually get up there and perform it’s so liberating and you forget that you’re competing. It’s important to really enjoy yourself and be in the moment- because when you do, your audience will feel your passion and believe in your performance.

Also, don’t be afraid to ask for help from instructors at the studio! When you are stuck with moves that don’t quite work out, don’t let it hold you back. You’ll be surprised at how many different ways there are of getting in and out of combos- so experiment. It’s better to give it try then to not try at all!